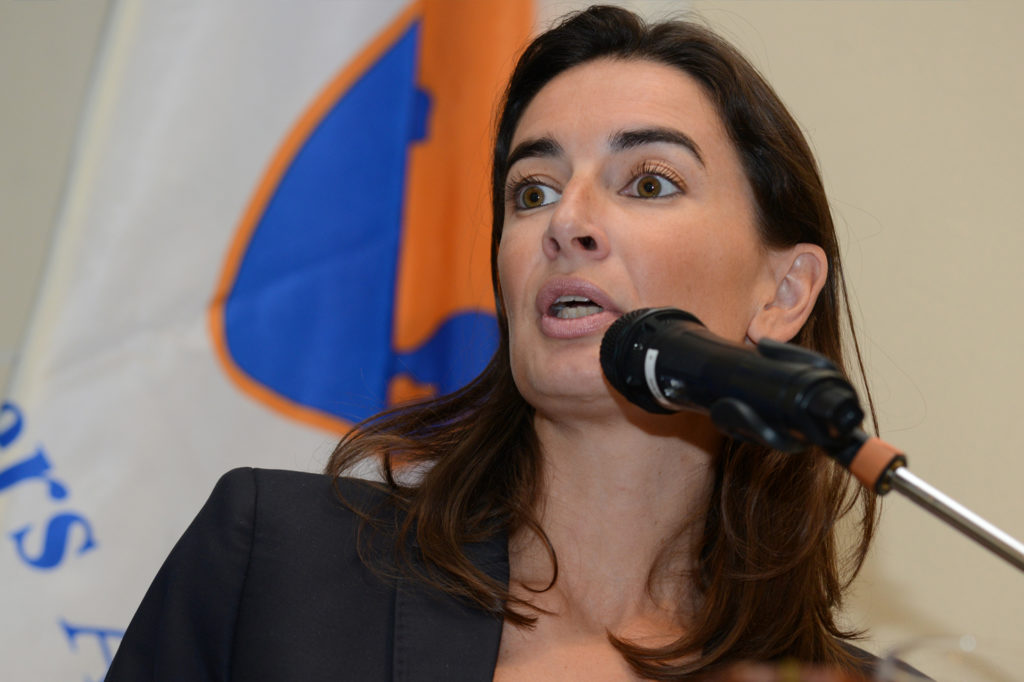 Holder of a master's degree in contemporary economic history and a journalist by training, Agnès VERDIER-MOLINIE is best known for her work as Director of iFRAP, the liberal think tank, Foundation for Research on administrations and public policies.

After a brief career in the media, at Le Figaro, l'Express and France Info, she joined iFRAP, in 2002, as a researcher, then as Head of Institutional Relations, before taking over its management, in 2007, following on from its founder, Bernard ZIMMERN.

A successful handover, as in 2009, the young director turned this "think tank" into a public-interest foundation. Having become, in the media, the spokesperson of liberalism, Agnès VERDIER-MOLINIE extended debate on television, in programmes like "C dans l’air", on France 5, "Club de l’éco", on LCI, and also on the radio on Europe 1 and RMC. Elected personality of the year 2010, she was raised, two years later, to 63rd place on the 100 most influential French women list.

Author of many books, she addresses her recommendations for a better managed France to politicians. In her latest book, published by Albin Michel, "Ce que doit faire le (prochain) Président", she deciphers the ills of the French state, such as the collapse of the economy and creativity, hyperfiscality and the illusion of false free consumer goods, while setting out her proposals for a more efficient civil service to the newly elected President .