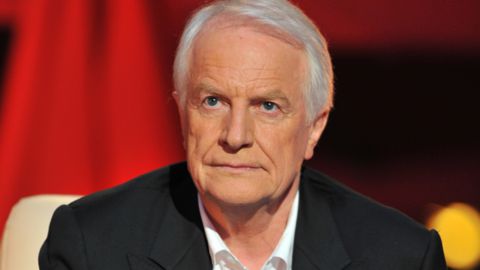 A prolific actor and brilliant entertainer, highly versatile, funny and sometimes cynical, André DUSSOLLIER has been working in film and theatre for over 40 years.

After a brilliant arts degree, at 23 years of age André DUSSOLLIER entered the Paris Conservatory of Dramatic Art and in 1972 was awarded his first acting prize.

He then spent a year at the Comédie Française where he developed his classical repertoire, before being called on to work with the big directors like François TRUFFAUT, who opened the doors of cinema to him, but also Claude LELOUCH, Claude CHABROL, Eric ROHMER, Francis VEBER, Alain RESNAIS...

The 80s was the time André DUSSOLLIER achieved popular success, when he played, in particular, in Three men and a cradle, a cult film that came out in 1985, which introduced him to the general public. Furthermore, the multi-faceted actor remains faithful to the auteur films he will never abandon.

"Thanks to fiction, film, theatre, our own lives are put in the spotlight and hugely enriched.

Along with Pierre ARDITI and Fabrice LUCHINI, André DUSSOLLIER is one of those rare French actors who fill theatres every night.

Twice Cesar winner for best supporting actor (A heart in winter and The Officers' Ward), winner of a Cesar for best actor (Same old song), winner of the Moliere for best actor in 2015, André DUSSOLLIER was also awarded the Magritte d’honneur at the 7th Magritte du Cinéma Awards, for his prestigious career.