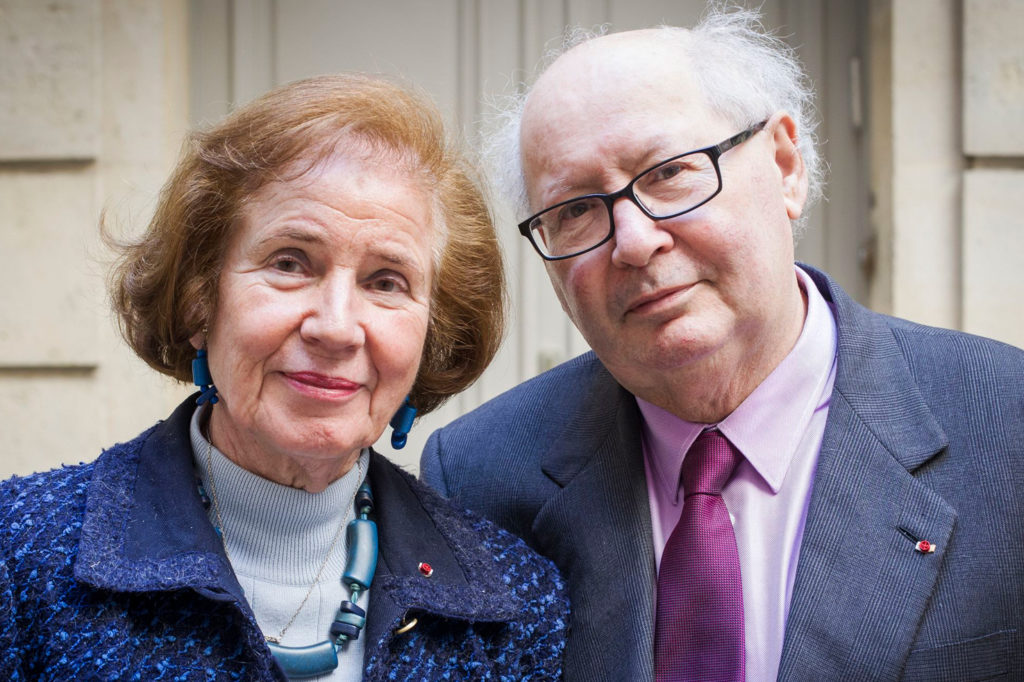 Writer, historian, doctor of letters and champion of the cause of the French deportees, Serge KLARSFELD escaped from the Gestappo in 1943, while his father was deported to Auschwitz.

From a humble background, a woman of great determination, Beate KLARSFELD decided to come to France at the age of 21 to escape her "KKK" destiny (Kinder, Küche, Kirche).

Serge and Beate KLARSFELD came to talk to us about their fight in the four corners of the world to unmask former Nazis and those responsible for the Holocaust.