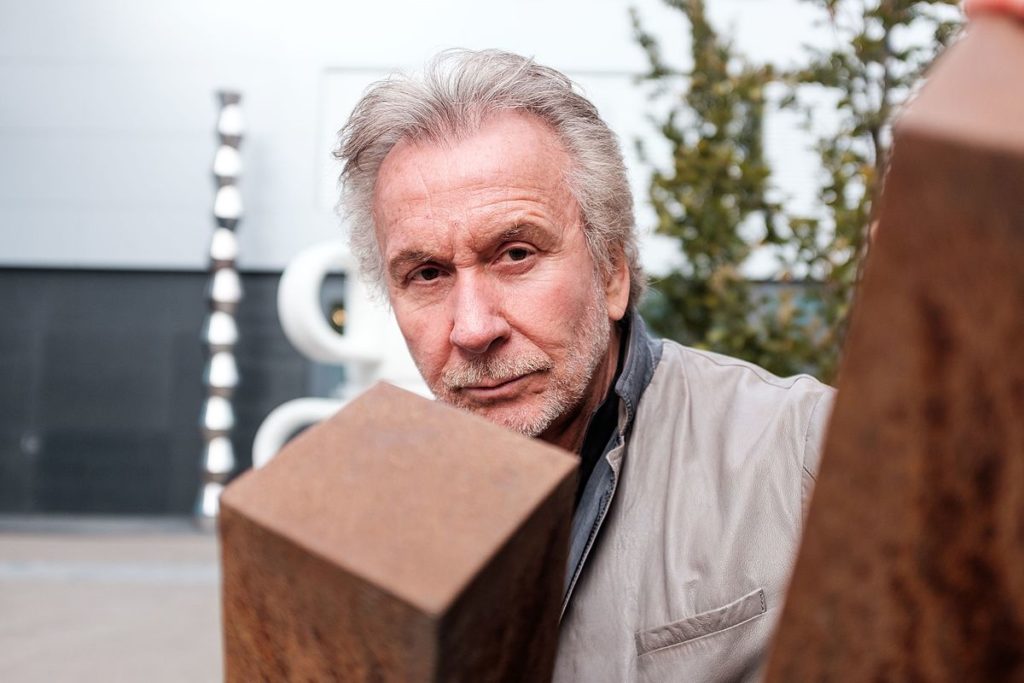 According to him, “art has no defined limit”. At the age of 20, his capacity for intellectual abstraction and his taste for mathematical reasoning and experimentation took him to the United States. He then became one of the thought leaders of conceptual art, far removed from the works of his youth, black and deformed, made of coal, asphalt and tar.

Returning to France in the 70s, he stopped his art work and devoted himself to writing and to teaching at the Sorbonne in Paris.

The 1980s were a major turning point for the artist, who implemented his famous, indeterminate lines in steel, which can be found in a great many urban spaces and public collections. In Venet's school, geometry and art meet again.

“The indeterminate line”, he tells us, “conveys nothing but its image, signals only its existence as a line”.

“In 1984, at the request of François Mitterand and Jack Lang, he designed a huge sculpture ( 60 metres’ high, 75 in diameter) for a motorway. The local officials blocked it, but it took form thirty-five years later thanks to the support of the Belgian authorities.

In 2014, Bernar VENET created the Foundation that bears his name in Le Muy. 4 hectares of park, river and waterfalls now harbour his marvels.