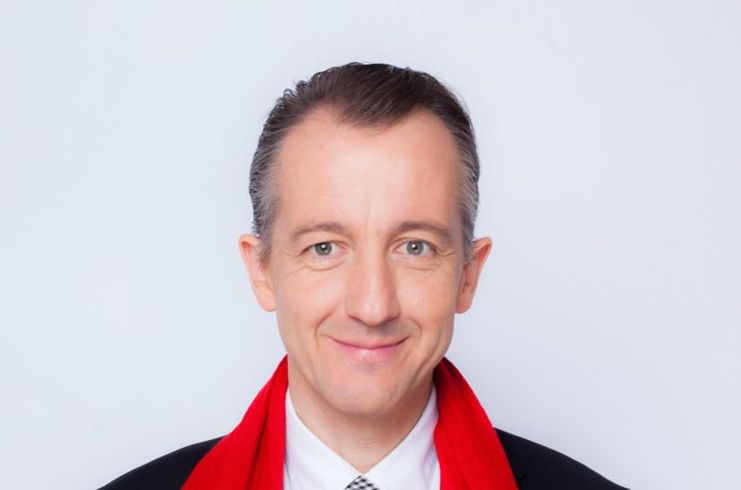 Graduate from the École Normale Supérieure and the École Supérieure de Commerce de Paris, Christophe BARBIER he is a political journalist for big French weeklies like Le Point and L’Express, of which he was director from 2006 to 2014.

Commentator on the breakfast programme BFM TV in 2016, since last September he has presented a programme on the theatre, his great love, on Radio J. “Entracte” (interval).

Author of twenty or so works, his writings on Haute-Savoie, his birthplace, earned him the Golden Pen award from the Savoy Authors Society in 2014.

The man with the incisive pen has returned, with not one but two books...

“Macron, sous les masques” (Macron, behind the mask) is directly connected to his trade. The impetuous political journalist repositions the current president in the line of monarchs, Louis XVI or Napoleon III, and revolutionaries, Bolivar or Mirabeau, and the great reformers, Thiers or Mendès France.

In this highly original exercise, the uncompromising political analyst builds a fascinating maze of references, relationships and models.

Passionate about culture, the man with the red scarf proposes a second work dedicated to the “World according to Sacha Guitry”. The art and theatre enthusiast reveals to us a witty and quick-witted, subtle and crafty, sharp and “colourful” Guitry. All about “Theatre to be read and pictured”. And all about Wit......