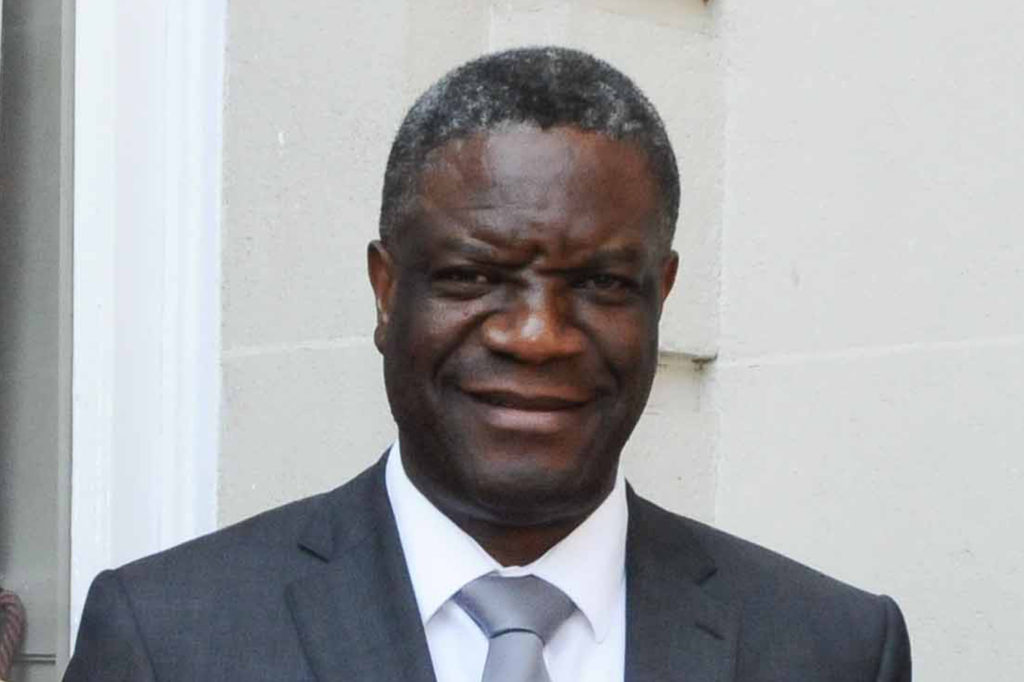 Gynaecologist and head of Panzi hospital. Originally from Bukavu in South Kivu, Congo, Dr. Denis MUKWEGE found his way into the Faculty of Medicine of Burundi and graduated as a doctor in 1983.

Dr Denis MUKWEGE is a "just man who repairs women". A gynaecologist whose hands heal the deepest of wounds, and whose voice tirelessly denounces rape as a weapon of mass destruction.

Since opening his Panzi hospital in 1996, he has treated more than 40,000 raped women and girls.