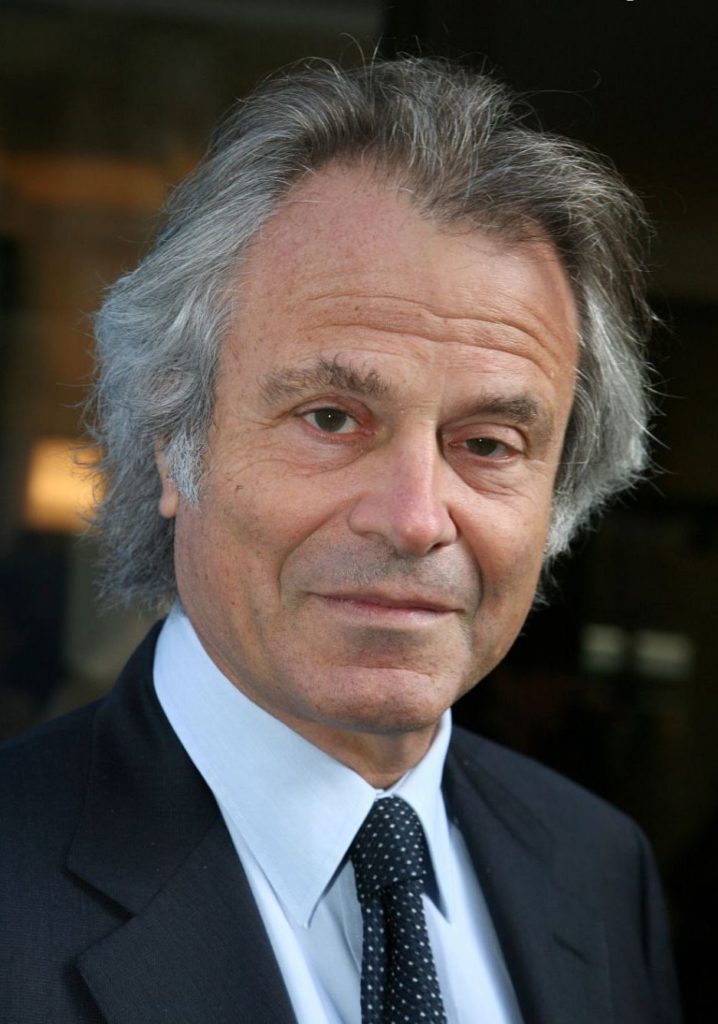 “A journalist licks up, lets off, then lynches”. This quotation from Jean-François Kahn sounds like a catchphrase Franz-Olivier GIESBERT could have written himself.

Graduating in 1969 from the Journalists’ training centre, where he met his friend Patrick Poivre d’Arvor, Franz-Olivier GIESBERT wrote his first article on the American presidential election at 18 years of age in Liberté-Dimanche, owned by the Paris Normandie group in which his mother’s family has a shareholding.

Becoming a journalist against his father’s wishes, he embarked on law studies in order to get into the ENA or become a lawyer. But, in 1971, thanks to a traineeship, he entered the Nouvel Obs and became United States correspondent, before becoming chief editor at the age of 36 with the aim of upturning the sales of the weekly issue, which are now plummeting.

In 1988, he joined the Figaro as managing editor and member of the executive board. Branded a “traitor” and a “half-hearted” journalist, FOG didn’t care and continued in the same direction. So determinedly and so well that in 2000, he took the helm of the magazine Le Point and became its CEO, three years later and up to 2014.

A verbose author, with a sharp pen, especially when writing about politicians, Franz-Olivier GIESBERT has just released “Le Schmock”, a surname he presents to a certain Adolf HITLER.

This book sounds like a warning against our fanaticism and against fascism which, just like in the 1930s, seems to be resurfacing in Europe.

Why did so many respectable Germans take the rise of Nazism so lightly while the Jews strangely took so long to flee? What aberrations, what complacencies, what cowardices made Nazism possible? FOG will give his answers to these questions at a one-off conference-lunch.