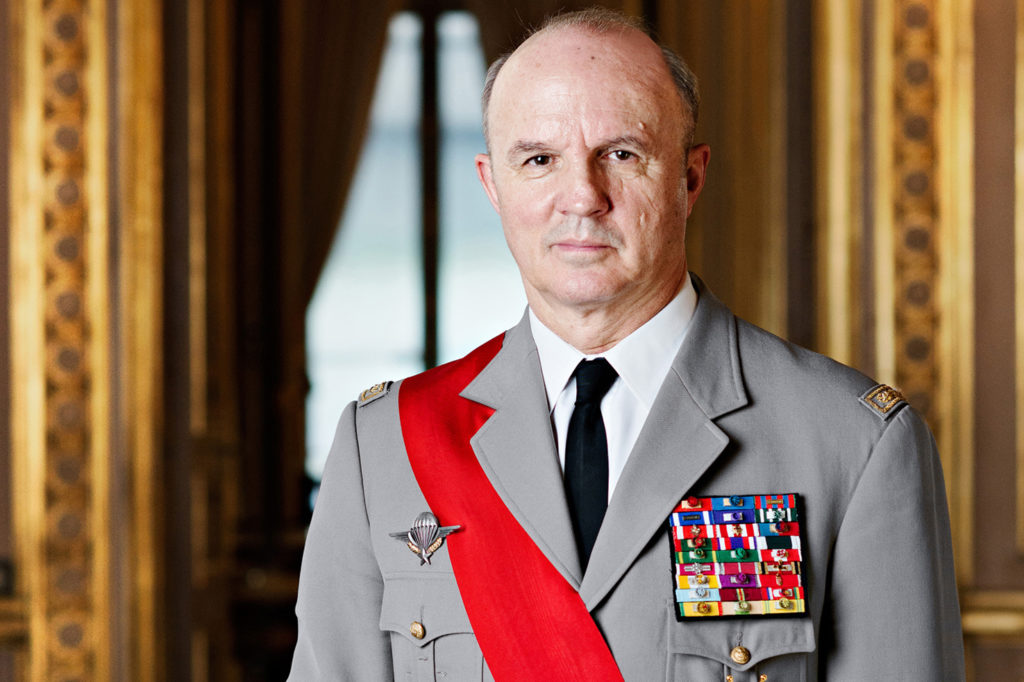 At the end of his studies at Saint-Cyr he joined the Infantry School in Montpellier, where he returned as an instructor in 1973. He was then assigned to the 9th Parachute Chasseur Regiment before being posted to the 153rd Infantry Regiment in Mutzig, which he would lead in the nineties. In 1985 he took command of a battalion at the Saint-Cyr Military Academy before joining the Army General Staff to head the “Studies and Forward Planning” section of the “Planning & Finance” Bureau.

Assistant to the Prime Minister's military chief of staff from 1994 to 1997, he was later appointed Deputy General of the 11th Parachute Division and joined SFOR, in the former Yugoslavia, as head of the “Plans and Policy” bureau.

Close to President Chirac, the former Chief of Staff Jean-Louis GEORGELIN, who had his complete confidence, was the originator of the restructuring, geographic regroupings and manpower reductions of the army. This graduate of Fort Leavenworth (USA) also participated in the return of France to NATO.