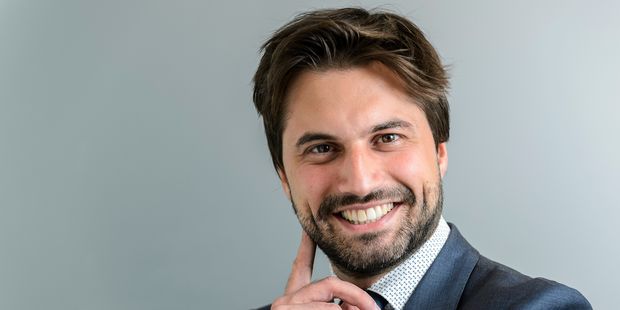 With a degree in law and a master’s in public law, Georges-Louis BOUCHEZ has for a few weeks now been the youngest president of the French-speaking Liberal Reformers and Royal Informer our country has ever had.

Counsellor of the Deputy-Prime Minister, Didier Reynders, then assistant professor at the Law School, he went into politics, his great love, at the tender age of 20.

Georges-Louis BOUCHEZ then stood, for the first time, at the local elections in Mons, before occupying 8th place in the Senate and getting himself, in 2012, to the top of the MR (Reformist Movement) list in said elections in the town of the Doudou festival.

With 2,550 people voting specifically for him, he became Mons municipal alderman for finance, the budget, employment, IT and sustainable development. Ousted from the college of aldermen in 2016, he wasn’t downhearted and launched “Mons, en mieux”, in 2018.

Appointed as a Walloon MP and a Wallonia-Brussels Federation MP following the 2014 regional elections, he then replaced Jacqueline Galant who was made a Federal Minister.

Enthusiastic, confident and buoyed up by militants’ interest in his liberal approach, he stood for president of the Reformist Movement, against an opponent of the magnitude of Denis Ducarme, who he beat with more than 62% of the votes.

Looking to promote a resolutely modern idea of society and to bring the focus onto current topics, like the climate issue, Georges-Louis BOUCHEZ appears to want to be the embodiment of change...