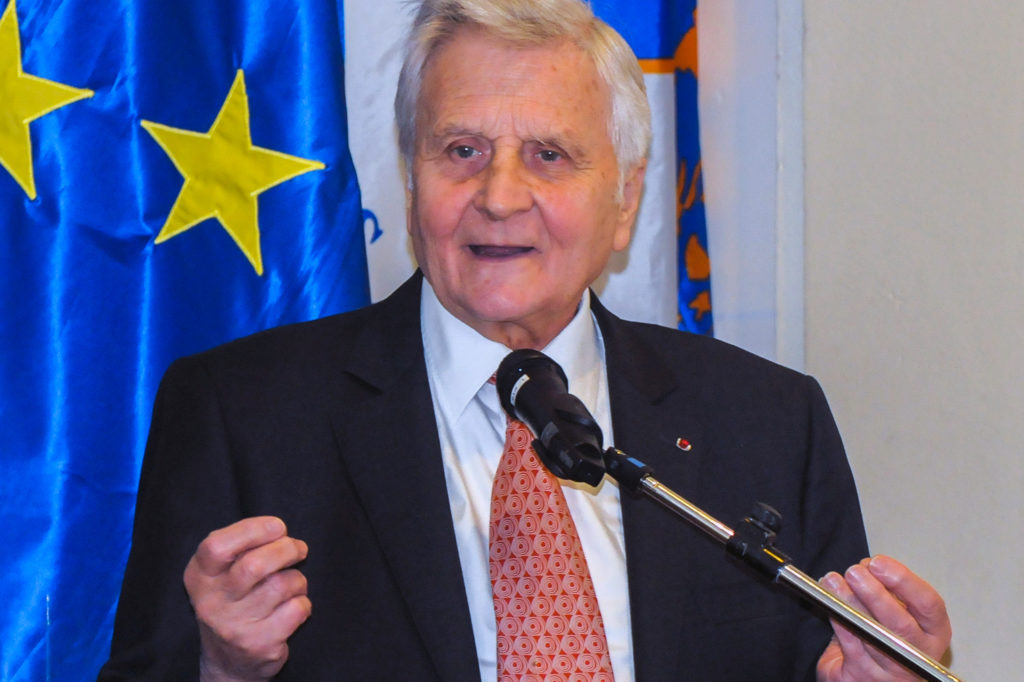 A civil engineer with a Master's degree in political science from Paris, Jean-Claude TRICHET is a senior French official, former President of the European Central Bank (ECB) and Honorary Governor of the Banque de France.

After working for two years in the private sector, he joined the public service as Inspector General of Finance and was, in 1978, technical advisor at the Elysée, under the Presidency of Valéry GISCARD d'ESTAING, before becoming, in 1986 , the Cabinet Director of Edouard BALLADUR, then Minister of Finance. Appointed Director of the Treasury between 1987 and 1993, he later became Governor of the Banque de France, a position he left ten years later, to take up the high office of President of the ECB. "The most famous and influential of all the experts from the finance inspectorate", he only ever had one goal: to combat inflation. His exemplary management of the subprime crisis earned him the Financial Times personality of the year award 2007.

In 2010, he was elected a member of the Académie des sciences morales et politiques, the same one that had awarded him, in 1991, the "Zerilli Marimo Award" to reward a work highlighting the role of the liberal economy in the progress of societies and the future of man. Aware of the breakthrough of "bitcoin", virtual currency or cryptocurrency, Jean-Claude TRICHET does not believe this could replace national currencies, in the short term, in a global system aspiring to stability.

Our guest will tell us more about his vision of the economic and monetary world and will talk about the lessons he draws from the past and about the direction to follow in the future.